In the world there must be a balance so that we can all live together peacefully. Today there are many people who underestimate and belittle cyclists, just because it is not the conventional means of transport that others use. Respect is the basis of everything, and that is why many cyclists want others to know certain things when riding.

Today bicycles and motorcycles are more used for transportation; however, they are the most vulnerable in cities and on highways. Find out what things cyclists would like drivers to know . Has it ever happened to you that you are invisible to others? Well, this happens daily to cyclists , especially in cities.

When drivers catch up with us, they turn right onto our path, or simply turn left right in front of us, and those traveling in the opposite direction misjudge our speed. Ironic right? But the most annoying thing is that when we overshoot, sometimes they do it so close that we feel the slip of the rear view mirror on our bodies.

If you have ever noticed that we try to maintain eye contact with you, especially at intersections, it is not because we want to challenge you to a duel, nothing is further from the truth; it’s because eye contact is just the most effective way of knowing that you are really looking at us. 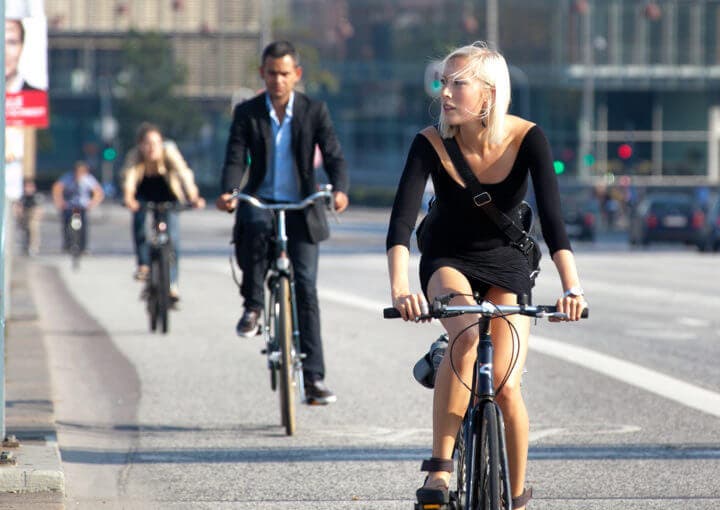 2. We are the most vulnerable

Have you ever driven on a highway full of 18-wheelers, that is, big trucks? They are behind you, they overtake you, and they change lanes every moment, taking up a lot of space, right next to you. You’re probably feeling nervous and sweating a bit, keeping both hands on the wheel out of fear, right? Well, let us tell you that that way we cyclists feel next to the car but with the difference that you are wrapped in steel, a seat belt, and airbags that provide protection at the time of a accident.

We ride a bicycle that weighs at most 8 kilos, a small helmet that saves us on many occasions but is not serious accidents, simple knee and elbow pads, and little clothing because flexibility and coordination are needed to use the bicycle. If we make contact with any vehicle, we run the risk of life-changing injuries , or possibly death.

In short, cyclists in any physical interaction, we lose out. 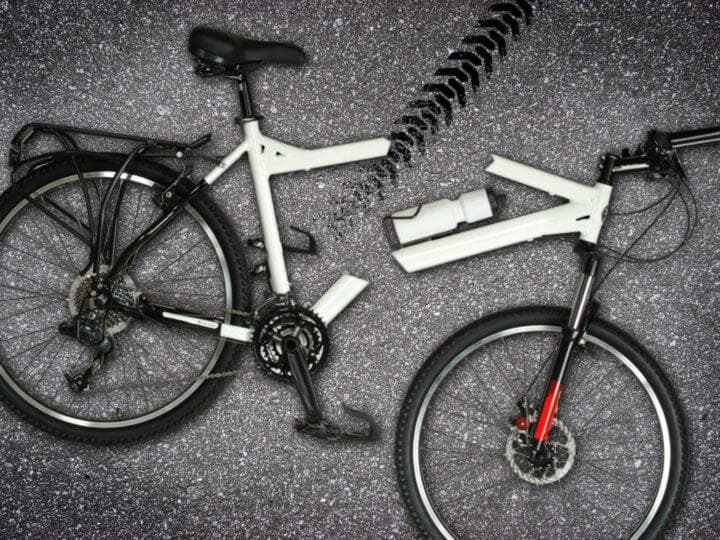 3. We do respect traffic laws

When you see a cyclist run a red light, or any sign overlooked, you think, “These devil riders don’t obey the laws,” but you are wrong. The vast majority of us do respect and obey the laws, and there is data to back it up. For example, a 2015 survey of 18,000 people by a University of Colorado researcher found that while bicyclists break traffic laws, they do so at the same low rate as drivers (about 8 percent).

On the other hand, when it comes to red lights, data from a 2013 study from the state of Portland suggests that 90% of cyclists do stop at a red light. 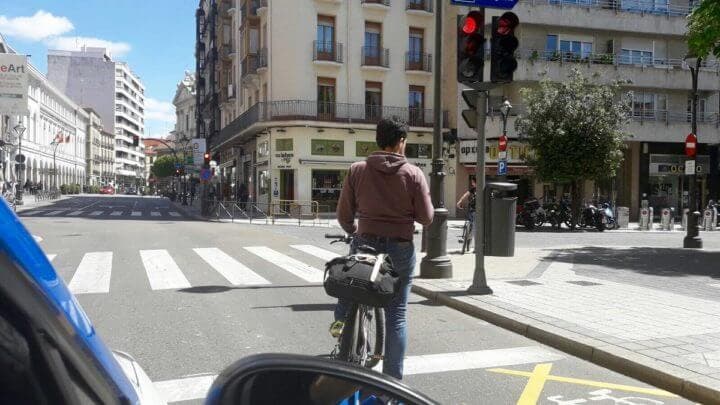 The statutes on driving on public streets state that bicyclists must go as far to the right as possible. That means we can take more of the road to avoid dangerous road conditions, such as broken glass or potholes, which sometimes force us to be further in the lane of traffic than we normally would be.

You may not notice these hazards if they are not directly in your lane, and it could appear that bicyclists are crossing your path for no reason. So if you are a cyclist and want to avoid being surprised by these dangers, get into the habit of scanning the entire route for conditions that could be dangerous, even if they are not directly in your path. 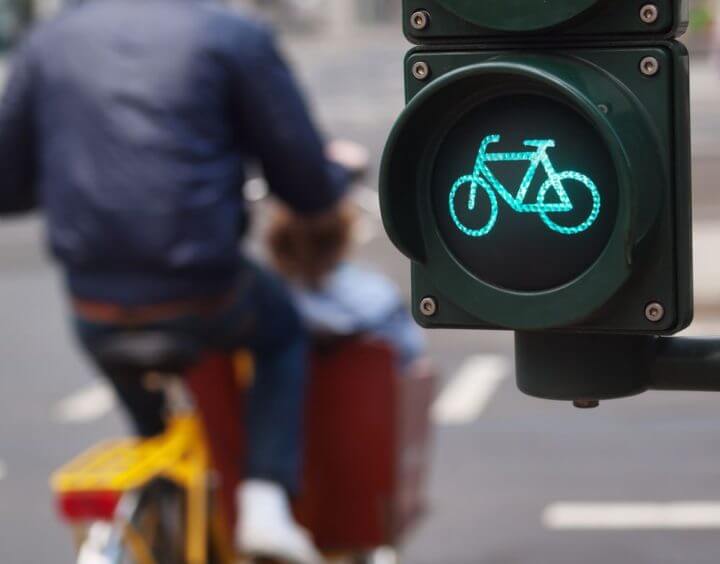 Yes, cities do their best to get us in bike lanes and keep us off the street, but we hit the streets anyway. To understand why, try this experiment. Drive to your work making only left turns and see how long it takes you, do you notice how it messed up your route?

Bike lanes sometimes appear or vanish for no reason or warning, and we get stranded on general traffic lanes. So why are we still on the roads? The same reason you do it: they take us where we want to go. 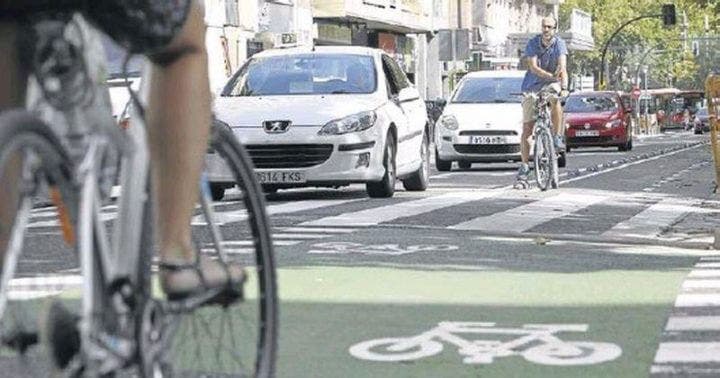 6. Don’t alert us to something unless necessary

This is one of the most common mistakes drivers make when they want us to stray from the road, or to overshoot. Car horns are extremely loud , and playing them can scare us, drift, or worse, cause an accident.

If you need to pass a bike, just wait, and safely pass us when the opportunity presents itself. And if you have to honk your horn, do so from a safe distance. 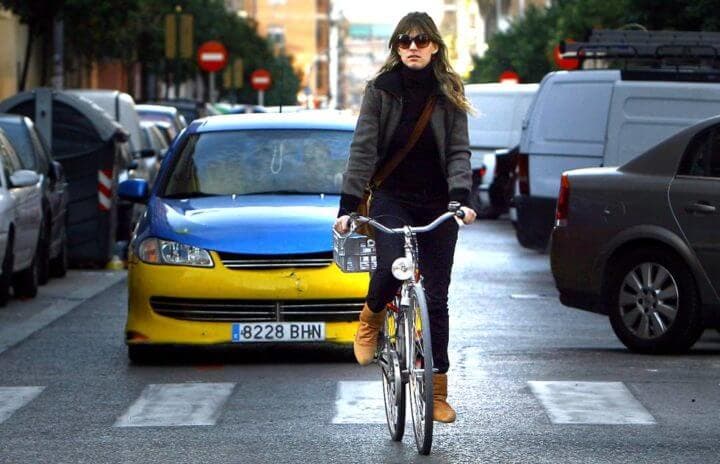 7. We are not only cyclists

For many people it is easy to catalog and point to others, narrowing them down to a small group. And that’s wrong, so the next time you feel impatient or annoyed with a pedestrian or cyclist , for whatever reason, remember that some of us are fathers and mothers, husbands and wives, and sons and daughters.

We are your co-workers, your neighbors, some even family. We see you in the place where we do volunteer work, in the church, in the park or even in the grocery store. Remember that cyclists are part of your same community . 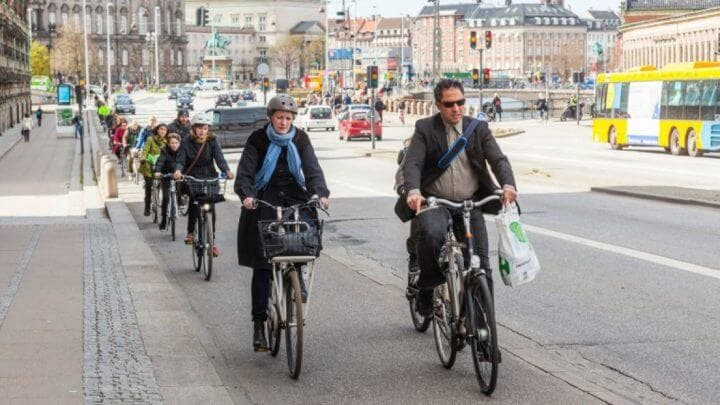