Let’s pack our bags and let the journey begin! When it comes to traveling the world, the excitement begins from the moment you buy the ticket, and continues until the end of the adventure. Enthusiasm and a thirst for adventure is one of the characteristics that make tourists more attractive… and vulnerable.

It is no secret to anyone – not even to the victims themselves – that a tourist in unknown terrain is the most coveted target for scammers . Taking advantage of their ignorance, these people use tricks to get good money the easy way. If you already have your next destination on your agenda, keep your eyes open and don’t get caught by these 5 scams that you should be careful with if you travel the world. 5 care scams while traveling the world

If you are looking for an exotic and very exciting destination, Cambodia is for you. While he has a terrifying past, with the Khmer Rouge and the genocide of millions of people, since 1980 he has made an immense effort to recover. Such have been the results, that from 1990 it was once again opened to tourism, and boy is it a tempting offer! Cheap and with a lot of offer in hotels and resorts, it has one of the most growing offers in its surroundings.

However, as where there are tourists there is also a lot of money, many locals see the opportunity to take advantage of tricks and scams.

When leaving any food establishment or grocery store, you will probably find a woman with one or more children in her arms or around her. The woman, claiming to be hungry, will ask you to buy her something to eat. The scene may hurt you, but don’t trust yourself! Many times once you do, the woman waits for you to leave before going back into the store and returning the food. This way you get cash.

If you want to avoid the scam, but cannot ignore the situation, experts advise that you open the products yourself, and give them to children. In this way, they will no longer be able to return them. 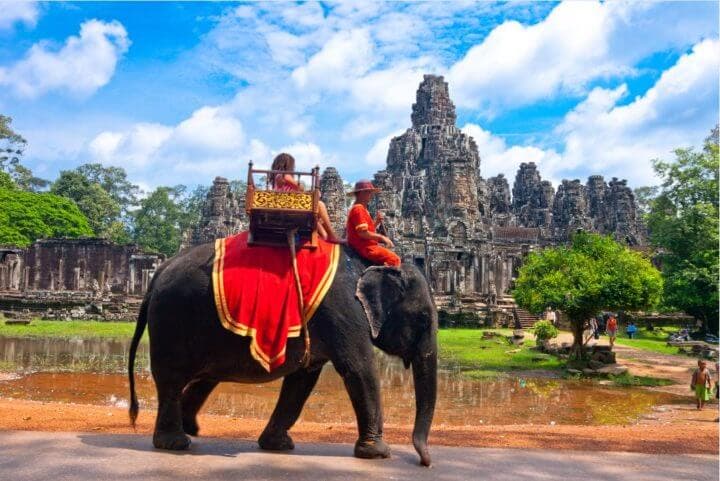 The beautiful Italy! Not only is it one of the countries with the most culture and history in the world, but it also has incredible opportunities that you should not miss. The capital, Rome, has almost 3 million inhabitants and hundreds of places to visit. Among them, the Colosseum is one of the most beautiful and majestic.

However, if you visit, be careful. Tourist spots are the hunt for scammers.

A little boy will come up to you, grab your wrist, and offer you a friendship bracelet that he says he made himself. Before you can reply, the bracelet will be tied to your wrist and it will ask you to pay for it. How could you say no to a child? But beware! This trap can go further: when you go to pay, someone is watching where you keep your wallet. That way, when you’re caught off guard, it’ll try to steal it from you.

This also happens a lot with photographs. It is the most common that you find several Romans in disguise who invite you to take photos with them. Even if they seem to be being nice, they will insist that you pay them later, even when it was their idea. In that case, it is best to pay and avoid problems. 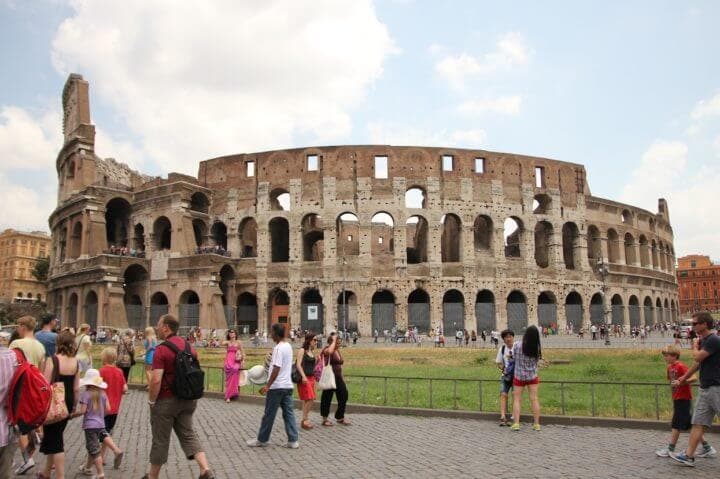 If you visit the United States, you cannot leave out these two great cities. Glamorous, entertaining and interesting, they are part of the reasons why everyone wants to visit North America sometime. But be careful! Metropolises like these are waiting for unsuspecting tourists like you to perpetrate scams, and one of the most common is precisely this: the “free DVDs”.

Fortunately, with CDs and DVDs declining in popularity, this trick has lost popularity in recent years. However, if you walk through Times Square or Hollywood Boulevard , you will surely see one of these guys.

People on the street will offer you a free sample of their film or music and will assure you that they don’t want money, that they are only looking for exposure. Of course, they will ask you for something as soon as you say yes. You can try to return it but it won’t be that easy. To keep it simple, you probably have a lot more to lose: you’re on vacation while they are trying to sell their fake music for an uncertain price. Before things can get violent, pay up and learn your lesson. 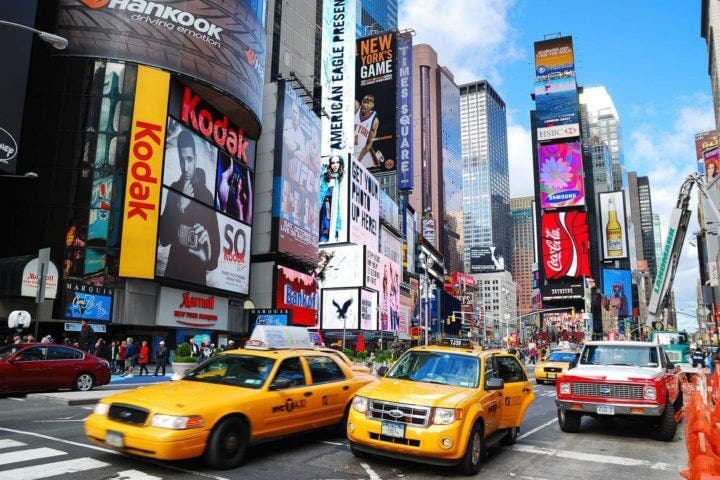 This is when things get crazier. If you think you have seen it all, be prepared, because this is one of those scams that you will not be able to believe .

Europe is a huge continent, with hundreds of thousands of cities available to explore. All of these have the best urban transport systems, and one of the most common is precisely the train. It is accessible, fast enough, and gives you the opportunity to see many places along the way. At Eurail , the largest train company on the continent, you can buy monthly tickets that give you the option to travel as much as you want.

However, you never know who may be on your train, and there is always room for surprises. Keep your luggage and handbag tightly closed, as it is one of the favorite places of scammers.

A person will bump into you to distract you, while his accomplice takes the opportunity to grab your bag and take out what he can. It may sound simple, but it is really effective. Increases have even been reported in cases of women throwing plastic babies at tourists to make them disoriented while stealing from you in the process. It sounds crazy, but it’s the truth: sometimes reality is stranger than fiction. 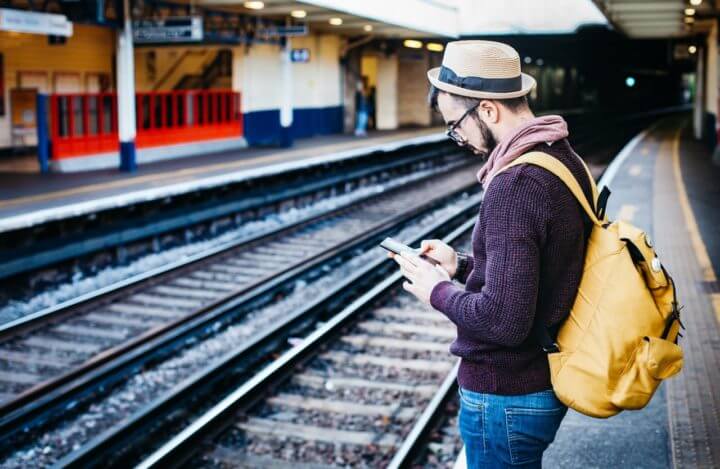 5. Hotels around the world: the fake menu

This scam does not have a specific geographic location , as it occurs in that supposedly only safe place while traveling: the hotel. Of course, it’s very likely that if you stay at places like the Four Seaosns , these things won’t happen. Be careful though, there have been reports that, even in luxury hotels, these kinds of things happen… and not just once or twice.

There are two modes: in the first, they will pass under your door a kind of fake menu with delicious food at incredibly low prices. When you call the place to place your order, they will take your details. That includes your credit card number. Three hours later, when you have neither food nor money, you will understand that it was a scam.

The other way is a bit more elaborate. Someone will call your hotel room to tell you that there has been a problem with your payment, so you must confirm your credit card number. In these cases, the best thing you can do is say that you prefer to fix it in person, and that you will go immediately to the reception. 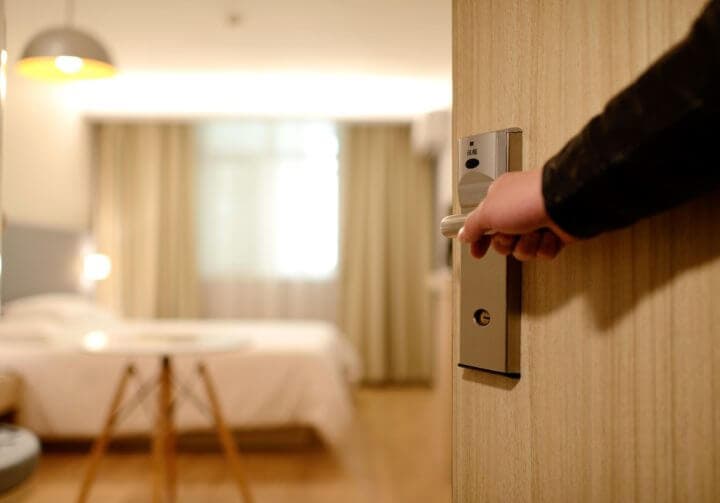